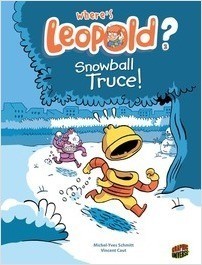 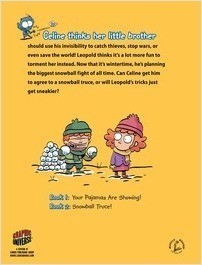 From the Series Where's Leopold?

Winter has come, and Leopold wants to use his invisibility to launch the best snowball fight of all time! His big sister, Celine, thinks he should be using his powers for the greater good. He could catch thieves, stop wars, or save the world, after all! Of course, Leopold would rather torment her. Celine bribes him with some cake and gets him to agree to a snowball truce. But Leo’s tricks don’t end, they just move indoors.

“With its brevity and easy wit, this should be a quick sell to reluctant readers. A quick and enjoyable yarn.” —Kirkus Reviews