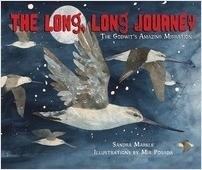 Crackle! Crackle! Crunch! What’s hatching from that egg? It’s a young bar-tailed godwit. She will spend the summer in Alaska learning to fly, find her own food, and escape from scary predators. Her long, long journey begins in October when she flies to New Zealand. This… View → 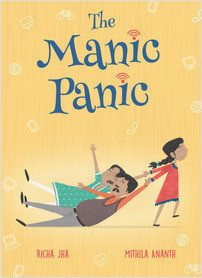 Some grown-ups have so much screen time that they just can’t cope when the wifi goes out. Luckily the grown-ups in Manic Panic live with a smart kid who loves to read and an adventurous grandma who knows how to have fun without the internet. Manic Panic is a wry… View → 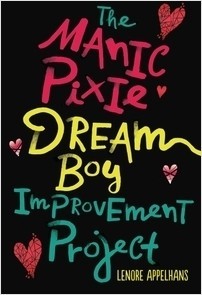 Riley lives in TropeTown, where everyone plays stock roles in novels. Riley, a Manic Pixie Dream Boy, is sent to group therapy after going off-script. Riley knows that breaking the rules again could get him terminated, yet he feels there must be more to life than recycling the same… View → “No picture accurately resembled him in the minute traits of his person . . . there was an expression of his face that no painter had succeeded in taking.”—London’s New Monthly Magazine in 1790 George Washington’s face has been painted,… View → Got a mystery? Milo and Jazz are on the case! With the help of master detective Dash Marlowe, the two friends are ready to solve any mystery that comes their way. The zany duo hone their detecting skills as they track down clues, stake out suspects, and become top-notch super sleuths.… View → 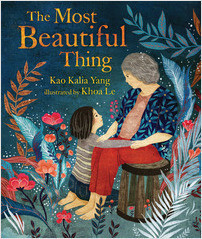 The Most Beautiful Thing

A warmhearted and tender true story about a young girl finding beauty where she never thought to look. Drawn from author Kao Kalia Yang’s childhood experiences as a Hmong refugee, this moving picture book portrays a family with a great deal of love and… View →

Day breaks over the town. Get up, everybody! It’s time to go to school. For the old man too, it’s time to wake up. The night was icy and he’s hungry. His name? He doesn’t know . . . This is the story of a person with no job, no family, no home—a… View → The One Great Gnome

In the spirit of Alice in Wonderland and The Wizard of Oz, this story introduces readers to the hidden magical—and mysterious—world of gnomes, elves, and trolls. Eleven-year-old Sarah moves with her family from New York City to rural Hadley,… View → 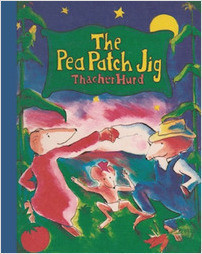 Despite being picked with the lettuce and almost ending up in a salad, Baby Mouse refuses to stay out of Farmer Clem’s garden. Story inspired by the traditional song. View → The Queen on Our Corner

A thought-provoking story that encourages us all to sit up and take notice. Nobody notices the queen on the corner. Nobody, that is . . . except one young girl. Through her eyes, the woman who dwells in the abandoned plot is a warrior queen, with many battles… View → 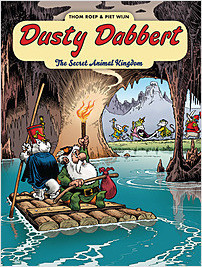 Dusty stumbles into a hidden world where animals live in harmony, ruled by a wise frog. Dusty travels through the countryside, helping all those he meets with his magical knapsack, which mysteriously contains exactly what he needs for any circumstance. When human intruders try to turn… View → 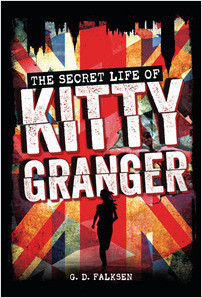 The Secret Life of Kitty Granger

Sixteen-year-old Kitty Granger has always known that others consider her peculiar. She hates noise and crowds, tends to fixate on patterns, and often feels acutely aware of her surroundings even as she struggles to interpret the behavior of people around her. As a working-class girl in… View → 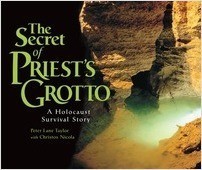 The Secret of Priest's Grotto

According to legend, a group of Jewish families survived the Holocaust by hiding out for months in the 77 miles of caves in Ukraine known as Priest’s Grotto. Cavers Taylor and Nicola chronicle their trip to explore the caves and uncover the story of the survivors. View → 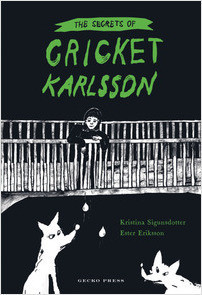 The Secrets of Cricket Karlsson

Winner of the prestigious Swedish August Prize 2020. A bright, contemporary and fearless novel about an ordinary extraordinary eleven-year-old trying to win back her best friend and get her mother to stop sighing. Cricket Karlsson is going View → An inspirational true-story about the a group of seamstresses who designed the spacesuit for the first men to walk on the Moon! “Ellie’s team was small, and they only had six weeks. Many believed that the seamstresses could never win. But Ellie… View → 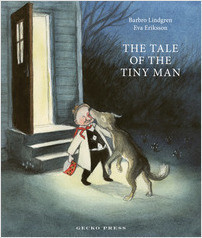 The Tale of the Tiny Man

A classic picture book from Sweden with a very happy ending about feeling lonely and finding friends. It is possible, after all, to have more than one friend! There was once a tiny man. One day, at the first sign of Spring, he decided to pin a note to a tree View → 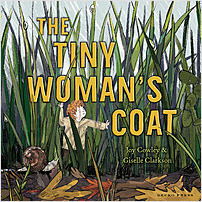 A small and cozy book leaving preschoolers snug as a bug, from award-winning author, Joy Cowley. The tiny woman makes a coat of leaves with the help of her animal friends. The trees, geese, porcupine, horse and plants all share something so the tiny woman… View → 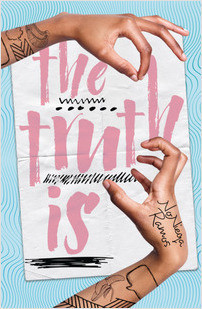 Named one of the best YA Latinx books of 2019 by Remezcla and HipLatina. A Bustle Book Club Selection A powerful exploration of love, identity, and self-worth through the eyes of a fierce,… View →

The land holds the truth … the maps will reveal it. Sal, Joe, Francie and Humphrey Santander are mapmakers looking for their father, a famous explorer who disappeared on his last expedition. Their search takes them to Cruxcia, where the people are fighting View → 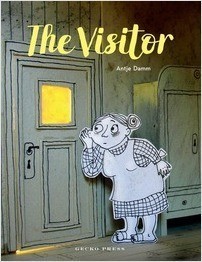 Elise was frightened—of spiders, people, even trees. So she never went out, night or day. One day a strange thing flies in through the window and lands at her feet. And then there comes a knock at the door. Elise has a visitor who will change everything. A gentle and… View → 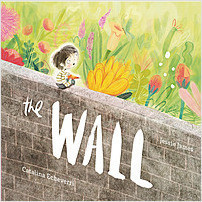 Tom is a little boy who LOVES to explore. “The world is a beautiful place, Tom thought. When I grow up, I will be a great explorer.” But one day, he hears the grown-ups talking about the monsters that live in the big wide world. Before… View → 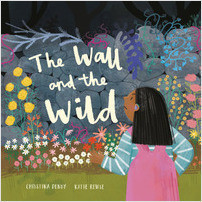 The Wall and the Wild

When Ana tries to take control by creating a perfect garden, she comes to realize that nature is inherently wild. In a plot of land at the edge of town, Ana grows only perfectly sized plants and perfect-looking flowers; she throws all the irregular shoots and… View → 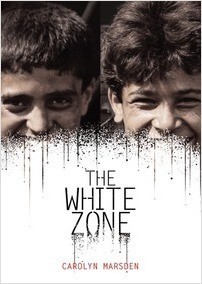 Nouri and his cousin Talib can only vaguely remember a time before tanks rumbled over the streets of their Baghdad neighborhood—when books, not bombs, ruled Mutanabbi Street. War has been the backdrop of their young lives. And now Iraq isn’t just at war with Americans. It’s… View → 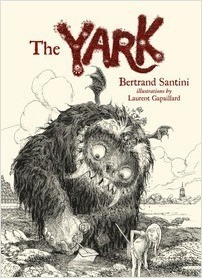 A very funny and cheerfully subversive chapter book about a monster who eats children—until one day he makes a friend. The Yark loves children . . . with the love of a gourmand! This hairy monster dreams of child buffets—ham of boy, orphan gratin, breaded babies, girl… View →