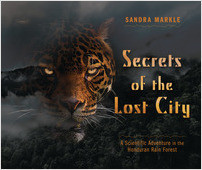 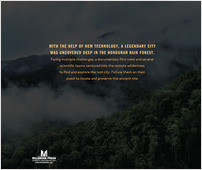 Secrets of the Lost City

A Scientific Adventure in the Honduran Rain Forest

Join a real-life adventure—a scientific expedition to a remote area of the Honduran rainforest, suspected to be the ruins of the Lost City of the Monkey God. The team of scientists had only ten days to hike into the dense jungle, likely unvisited by humans in the past 500 years, and locate the archaeological site. In addition to searching for and finding incredible artifacts, scientists also uncovered an amazing, diverse ecosystem flourishing due to the lack of human influences. They recorded hundreds of different kinds of animals, including some new species as well as animals listed as endangered or previously believed to be extinct. Award-winning author Sandra Markle incorporates interviews and information from key scientists who took part in this ten-day expedition, showing how their discoveries led to new protections for this incredible place.

“In this well-written text, readers will step into an exciting field of discovery, following in the footsteps of pioneering scientists and archeologists who brought an ancient city to life in the twenty-first century.”—Children’s Literature

“Markle provides clear explanations of the lidar mapping process, the camera traps, and the systematic exploration of the conservation team as well as a smoothly flowing story that carries readers along on these adventures. . . . An inviting introduction to an amazing place.”—Kirkus Reviews

by Megan Ciskowski, Associate Publicist Check out September new releases from Lerner Publishing Group! Picture Books Big Bear and Little Fish by Sandra Nickel and illustrated by Il Sung Na At the carnival, Bear wants a teddy bear. And not just any teddy bear—she wants the biggest one of… View → 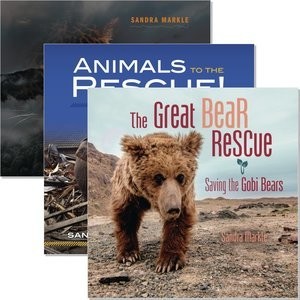