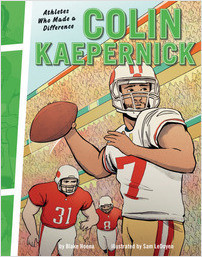 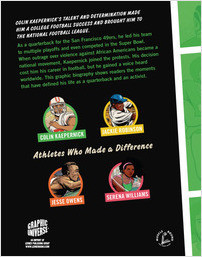 This graphic biography shows readers the moments that have defined Colin Kaepernick’s life as a quarterback and an activist. His talent and determination made him a college football success and brought him to the National Football League. As a quarterback for the San Francisco 49ers, he led his team to multiple playoffs and even competed in the Super Bowl. When outrage over violence against African Americans became a national movement, Kaepernick joined the protests. His decision cost him his career in football, but he gained a voice heard worldwide.

“[B]alances biography and sports in a way that will interest all readers . . .”—Kirkus Reviews

Sam LeDoyen is a freelance Illustrator from the UK. Sam specializes in narrative imagery with a touch of fantasy and surrealism, and also likes to play with animation.