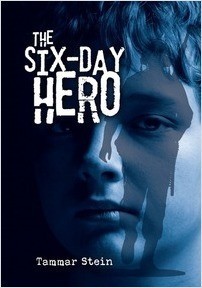 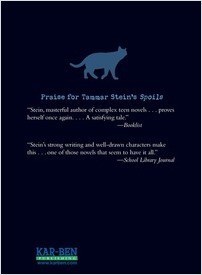 Motti knows that war is coming. Israel is only nineteen years old—the same age as Motti’s brave older brother, Gideon—and the tiny country is surrounded by enemies. It’s only a matter of time before Egypt, Jordan and Syria attack. Motti wishes he could join the Israeli army like Gideon and be a hero. But when his best friend’s family flees the country and his brother goes off to fight, Motti realizes this war isn’t a game. His family is in danger, and Israel’s very survival is at stake.

But hope comes to Motti in unexpected forms. In the kind Ethiopian priest who lives nearby. In his grouchy neighbor, old Mrs. Friedburg. In the young Germans who come to offer help. In his father’s childhood friend, a Jordanian man who harbors none of the hate Motti expects. Even in a scrappy stray cat that roams the bombed city without fear.

Motti knows his older brother is a hero—but through the six days of the war that will decide Israel’s fate, he discovers other heroes in surprising places. He may even be a hero himself.

“The opening scene in The Six-Day Hero takes place at a ceremony in celebration of Israel’s nineteenth birthday. Twelve-year-old Motti’s brother Gideon is on the dais being honored as an Independence Day baby. Motti can’t stand the boring, hot ceremony and wriggles out to get a drink. The story continues in that vein, presenting the early days of the state of Israel through the eyes of a typical twelve-year-old. On the cusp of what we now know as the Six-Day War, the young country is ever vigilant of the enemies surrounding it and the role that every citizen and resident must play in defending their country.

Motti both idolizes and resents his older brother, a strapping young soldier who comes home from the army base on the weekends. On one occasion Motti gets to visit the base and surreptitiously sees more than he should, giving the viewer a look at the young country on high alert, preparing for an imminent attack. During the actual attack the author depicts how parents, teachers, students, and the elderly respond and feel, bringing the reader close to the confusion and raw feelings of the time.

The Six-Day Hero does not shy away from showing the realities of war — there is graphic violence, and some beloved family members do not survive. Depictions of the sorrow that follows are vivid and affecting. But the story ends on a hopeful note as Motti’s family explores parts of Jerusalem long cut off to them and are able to see Motti’s father’s childhood home, reconnecting with old neighbors and renewing longtime friendships.”—Jewish Book Council

“The Six-Day War, told from the point of view of an Israeli seventh-grader in 1967.Motti lives in Jerusalem in a country that’s only 19 years old—just like his older brother, born on Israel’s first day of independence. Pale-eyed, freckled Motti identifies as one of the ‘native Israeli Sabras,’ born in Jerusalem like his father, though his mother’s Yiddish-inflected Hebrew implies an Eastern European origin. His Jerusalem neighborhood is populated by Jews from Hungary, Germany, Iraq, and Iran. The neighborhood even features Ethiopian monks. Indeed, all that’s lacking is Muslims, as 19 years ago the Jews and Muslims of Jerusalem fled to the sectors defined by their new national border. As the governments of Israel and her neighbors jockey for position, Motti’s father and older brother are called up for active duty. Soon war begins, and Motti huddles in air raid shelters; it’s a claustrophobic week for an energetic boy, even given that it’s one of the world’s shortest wars. All the anger against Israel in Motti’s world emanates from disembodied armies and governments; the Palestinian residents of East Jerusalem welcome the conquering Israelis like friendly neighbors: ‘smiling shyly’ and waving; the Palestinian childhood friend of Motti’s father even serves mint tea and cookies. Occasionally, narrator Motti’s voice slips entirely into a textbook-style description of the war. A straightforward vehicle for a single viewpoint of recent history; supplement with other perspectives for a more complete story. (Historical fiction. 11-13)”—Kirkus Reviews

Tammar Stein is the award-winning author of four young adult novels including Beni's War, which was named a Sydney Taylor Notable Book of Jewish Content. She is a graduate of the University of Virginia with a degree in English Literature. She has lived on three continents, in four countries and five states. She lives in Virginia with her family.