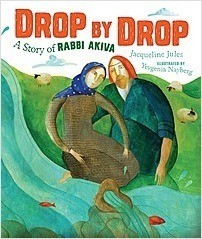 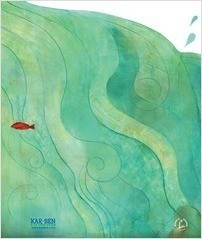 A Story of Rabbi Akiva

Akiva is just a poor shepherd living an ordinary life, until he falls in love with Rachel. Rachel thinks her husband could become a great man of learning—but Akiva can’t even read! Is he too old to be a scholar or can he follow the example of the water in the nearby brook? Water is soft, yet drop by drop, it can soften the hardest stone.

“Akiva is just a poor shepherd living an ordinary life, until he falls in love with Rachel. Rachel thinks her husband could become a great man of learning but Akiva can’t even read! Is he too old to be a scholar or can he follow the example of the water in the nearby brook? Water is soft, yet drop by drop, it can soften the hardest stone.” – Jewish Link of New Jersey

“Rabbi Akiva is considered to be one of the greatest rabbis of all time. He was a poor shepherd who fell in love with Rachel. She believes her husband could become a scholarly man, except for the fact he couldn’t read or write. Thanks to water in a nearby brook, he learns to read at age 40. He became a wise sage with thousands of followers. Find out how this happened.” – Cleveland Jewish News

“Drop by Drop: A Story of Rabbi Akiva by Jacqueline Jules, illustrated by Yevgenia Nayberg. Second-century sage Rabbi Akiva doesn’t get nearly enough ink. According to tradition, he was born a humble shepherd and didn’t learn to read until he was 40, yet he became one of the greatest rabbis in history. His wife, Rachel, was supposedly the driving force behind his journey from illiterate am-haaretz to brilliant scholar. In this poetic retelling, Rachel encourages Akiva to learn to read and to study Torah. Despite her love and support, he doesn’t believe he’s capable until one day he looks into a brook and sees a rock that has been worn away by steadily dripping water. ‘Water is soft,’ he thinks. ‘And yet, drop by drop, it has managed to cut through this hard stone. My mind is not harder than a rock!’ Eventually, Akiva is hailed by the entire town, but he makes sure everyone knows that Rachel is a hero, too. Nayberg’s sophisticated, intensely colored, theatrical illustrations enhance the lovely writing. A costume and set designer, she brings the drama and intensity of stained-glass windows to her work. The luminous layers of color, swirls of water, striated hills in multiple greens, swoops of fabric in the characters’ robes….just lovely. (Ages 3-7)” – Tablet Mag

“Rabbi Akiva, the second century Jewish sage, is considered to be one of the greatest rabbinic scholars and was the inspiration for many legends. Jules, who previously focused on biblical heroes in Abraham’s Search for God, Benjamin and the Silver Goblet, Miriam in the Dessert, and Sarah Laughs, illuminates one of the many legends about Rabbi Akiva. A poor, illiterate shepherd, he falls in love with a wealthy man’s daughter. Rachel admires how gently Akiva tends his flock, visits the sick, and helps those in need, and she agrees to marry him against her father’s wishes. The couple live a poor, simple life but they are happy. Rachel encourages her husband to learn how to read and write and he starts school at the age of 40. But Akiva doubts himself. One day, Akiva stopped by a brook and noticed a hole in the bottom of a rock. ‘Water is soft…And yet, drop by drop, it has managed to cut through this hard stone. My mind is not harder than a rock! I can learn—just like water cuts through stone—a little bit each day.’ After he masters the Hebrew alphabet, Akiva leaves his wife to study far away with the best teachers. When he finally returns home, he introduces Rachel to his students and insists that she share the credit for his success because she has always believed in him. Nayberg’s textured, stylized paintings, in warm green and brown earth tones, beautifully complement the story and the brief author’s note provides additional information about Akiva and Rachel. Despite his prominence and importance in Jewish history, this is the first picture book to introduce Rabbi Akiva to young readers and teachers in Jewish settings will welcome it wholeheartedly. VERDICT This engaging read-aloud can serve as an inspiration to all readers.”–School Library Journal

“Author Jules, a many-time Sydney Taylor Honoree, presents a tale that is at once universally accessible and yet so vital to young Jewish readers.”—Association of Jewish Libraries

“A devoted wife is the inspiration behind a noted scholar of Judaism. Rachel, a rich man’s daughter, falls in love with a poor, illiterate shepherd named Akiva who works for her father. She recognizes that a man ‘with such goodness in his heart, who understood so much about life, must be smart.’ Her father disowns her, but they marry and she encourages him to study even though he is 40. Akiva is reluctant, but one day he observes the power of water to slowly erode stone and realizes that ‘I can learn—just like water cuts through stone—a little bit each day.’ He begins attending school with children, masters Hebrew, and then leaves home for many years to study Torah. Akiva becomes the revered sage of Judaism, ‘a wise rabbi followed by thousands of students.’ His wife is never forgotten. The historical Akiva lived and studied in the first century CE, after the destruction of the Temple in Jerusalem, and worked to codify Judaism’s oral laws into the Mishnah portion of the Talmud. Jules has based her warmly told narrative on legends of the sage and his wife. Nayberg’s richly textured illustrations are stately and sculptural, depicting Rachel and Akiva with pale skin and red hair. Even those not familiar with Rabbi Akiva’s monumental achievements will be moved by his devotion to learning and his wife’s loving encouragement.”—Kirkus Reviews

“How lovely to have this jewel-colored picture book to share the love story of Rachel and Akiva with elementary-age children. The man who became a famous sage at the end of the first century was too poor to attend school, and started his work life as an illiterate shepherd. And yet, Rachel, daughter of the wealthy man who employed him, watched how Akiva treated animals and people with kindness and understanding. She believed this shepherd was capable of becoming a scholar and, defying her father, she married him. Akiva protested that at forty he was too old to learn the alphabet, but Rachel pressed. One day, seeing how soft water dripping onto hard stone had cut through, Akiva understood that his mind, too, was not fixed and could change and grow, little by little. (The metaphor, which contemplates what is hard and what is soft in this version, has been interpreted in different ways over the years.)

The sculptural angles of figures in the brush-textured illustrations here become rounder and more playful as Akiva begins the struggle to learn to read and then to study the laws of the Torah, which took him away from home for twenty-four years. He became a wise rabbi, a teacher, whom many followed. Jules then brings the story full circle back to Rachel—who has been living in poverty—as Rabbi Akiva gratefully acknowledges his wife’s encouragement and foresight. In her endnote, the author celebrates Rachel’s heroism for her personal sacrifice and faith in her husband.

This is a Talmudic story of ideas, rather than action, which Jules (an honor winner of both the Sydney Taylor and National Jewish Book awards) retells with short sentences and careful phrases. She omits unnecessary detail and softens the harshness of Rachel’s father, keeping the focus on Rachel’s determination to inspire Akiva and their love for each other. For those who loved Nayberg’s dramatic illustrations in The Wren and The Sparrow, this stylized cover may seem quiet and formal, but the inside story unfolds with warmth, and reader appreciation grows along with the author and artist’s own affection for the red-haired couple.

Recommended for ages 6 to 9, who can truly understand how doors open when someone believes in their own potential.”—Jewish Book Council

“The man who became Rabbi Akiva, a famous Jewish sage who lived during the first and second centuries C.E., started life as an illiterate shepherd. But his wife, Rachel, who married him despite her rich father’s objections, ‘knew that a man with such goodness in his heart, who understood so much about life, must be smart even if he did not know how to read or write.’ Her unstinting love and encouragement leads to an epiphany: ‘My mind is not harder than a rock,’ says the 40-year-old Akiva while resting by a brook. ‘I can learn—just like water cuts through stone—a little bit each day.’ Nayberg (The Wren and the Sparrow) makes this old story feel fresh and immediate through her angular drawings, which are inventively composed and rendered in radiant, translucent colors reminiscent of stained glass. Jules (Feathers for Peacock) strives to make Rachel and Akiva co-heroes, though readers may find it hard to get excited about a character defined by support, sacrifice, and patience. But it’s easy to ally with Akiva’s struggles to master literacy, which includes a stint as the oldest pupil in an unruly local Hebrew School.”―Publishers Weekly

Yevgenia Nayberg is an illustrator, painter, and set and costume designer. She received a Sydney Taylor Silver Medal for her illustrations for Drop by Drop. She lives in New York.