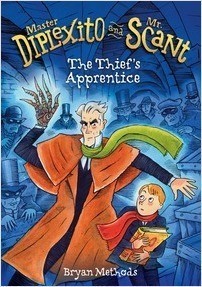 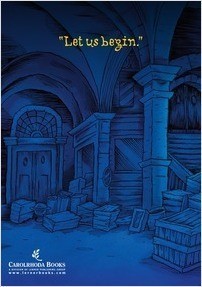 From the Series Master Diplexito and Mr. Scant

Oliver, the meek son of a wealthy British industrialist, discovers the identity of a notorious thief, a man who has been skillfully evading Scotland Yard and snatching priceless artifacts for sport: Mr. Scant, his family butler. After first fearing for his life, Oliver discovers Mr. Scant’s secret within a secret: the butler’s crimes are actually a series of strikes against an underground group of business tycoons trying to master black magic.

“Twists and intrigue abound. . . . The writing is formal but clever, embracing robust vocabulary without feeling pedantic. . . . [T]he premise is appealing.”—Booklist

“Reminiscent of Blue Balliett’s Chasing Vermeer and Laura Marx Fitzgerald’s Under the Egg, this is a unique spin on the heist novel that will appeal to sophisticated middle graders.”—School Library Journal

Bryan Methods grew up in the sleepy village of Crowhurst, on the south coast of the United Kingdom. After studying English at Trinity College, Cambridge, he found work as a professional drummer, which lasted as long as it took for the singer and guitarist to fall out and split up the band. He then returned to Cambridge for a Master’s in Screen Media and Cultures, specializing in animation. He is in his final year of his doctoral thesis on the poetry of World War I at Royal Holloway, University of London, but currently lives and works in Tokyo, Japan. He is interested in alternative Japanese fashion, music, and cosplay. He also enjoys fencing, video games, and capoeira.