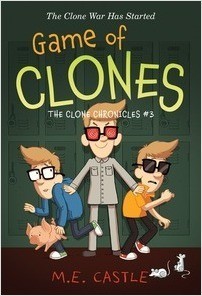 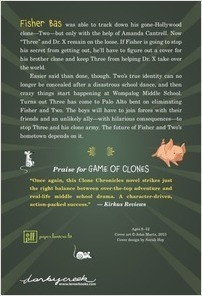 From the Series The Clone Chronicles

The third installment in the hilarious middle-grade adventure series The Clone Chronicles.

Fisher Bas was able to track down his gone-Hollywood Clone—Two—but only with the help of Amanda Cantrell. Now “Three” and Dr. X remain on the loose. If Fisher is going to stop his secret from coming out, he’ll have to figure out a cover for his brother clone and keep Three from helping Dr. X take over the world. That proves much harder as Fisher is no longer able to keep Two a secret and crazy things start happening at Wompalog Middle School. Turns out Three has come to Palo Alto bent on eliminating Fisher and Two. The boys will have to pull together their friends and an unlikely ally to stop Three and his clone army. The future of Fisher and Two’s hometown depends on it.

M. E. Castle is a writer and actor working in the glo­rious center of the universe, New York City. He graduated from Oberlin College in 2008 with a degree in theater and has written a number of short stories, only a handful of which have ever been seen by an audience wider than his closest friends. Throughout his college years, he was one of the leading writers of the noir detective radio drama The Dead Hear Footsteps, to which he also lent his vocal talents. Popular Clone is M.E.'s first novel. You can visit him online at www.theclonechronicles.com. 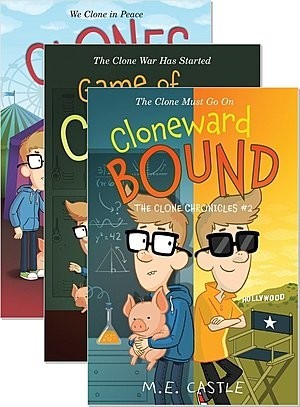