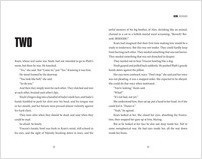 From the Series BZRK

From best-selling author Michael Grant comes the highly anticipated, terrifying, and mind-bending second book in the BZRK trilogy. The entire BZRK cell—including Noah and Sadie—has been left in pieces after the last round of battle with the Armstrong Twins, conjoined brothers who plot to rob mankind of its free will. Vincent’s mind is shattered, and his memories hold dangerous secrets—secrets that Lear, BZRK’s mysterious leader, will stop at nothing to protect.

Meanwhile, Bug Man has taken control of the President’s brain, but playing with sanity is a dangerous game. The consequences can spiral way out of control, and the Armstrong Twins are not people Bug Man can afford to disappoint. The nano is as terrifying, exhilarating, and unpredictable as ever. But the wall of secrets that surrounds it is cracking. What will it reveal? And once the dust has settled, who will be sane enough to find out?

“The ending will leave fans anxiously awaiting the conclusion to this exciting trilogy.” —School Library Journal

“Round out the experience with realistically unpredictable characters and blockbuster action sequences to complete this thoroughly enjoyable, incredibly disturbing story.” —starred, VOYA

“A shocking, violent, yet engrossing thrill ride of a story.” —Booklist

Michael Grant has spent much of his life on the move. Raised in a military family in the USA, he attended ten schools in five states, as well as three schools in France. Even as an adult he kept moving, and in fact he became a writer in part because it was one of the few jobs that wouldn't tie him down. His dream is to spend a whole year circumnavigating the globe and visiting every continent. He lives in Marin County, California, with his wife, Katherine Applegate, their two children, and far too many pets. You can visit him online at www.themichaelgrant.com. 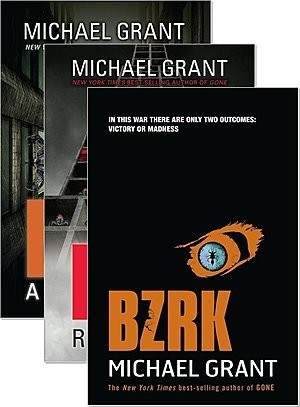