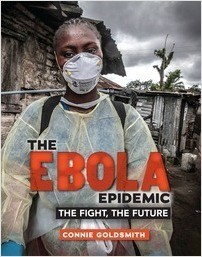 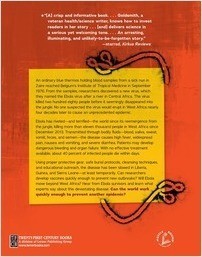 The Fight, The Future

An ordinary blue thermos holding blood samples from a sick nun in Zaire reached Belgium’s Institute of Tropical Medicine in September 1976. From the samples, researchers discovered a new virus, which they named the Ebola virus after a river in Central Africa. The virus killed two hundred eighty people before it seemingly disappeared into the jungle. No one suspected the virus would erupt in West Africa nearly four decades later to cause an unprecedented epidemic.

Can researchers develop vaccines quickly enough to prevent new outbreaks? Will Ebola move beyond West Africa? Readers will hear from Ebola survivors, learn what experts say about this devastating disease, and draw their own conclusions about whether another epidemic can be prevented.

“Goldsmith, a health care practitioner and experienced science writer . . . is clear and direct—compelling without resorting to sensationalism. . . . It is safe to say that all libraries currently lack up-to-date material on Ebola. Those looking to rectify the situation . . . should add this title.”—School Library Journal

“Though it doesn’t make light of the very real and devastating effects Ebola can have on families and entire communities, this is also careful not to contribute to sensationalism. . . . A solid, valuable look at a still-mysterious illness and a tumultuous time in recent history.”—Booklist

“[A] crisp and informative book. . . . Goldsmith, a veteran health/science writer, knows how to invest readers in her story . . . [and] delivers science in a serious yet welcoming tone. . . . An arresting, illuminating, and unlikely-to-be-forgotten story.”—starred, Kirkus Reviews