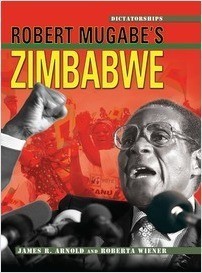 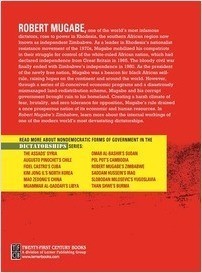 Robert Mugabe, one of the world’s most infamous dictators, rose to power in Rhodesia, the southern African region now known as independent Zimbabwe. As a leader in Rhodesia’s nationalist resistance movement of the 1970s, Mugabe mobilized his compatriots in their struggle for control of the white-ruled African nation, which had declared independence from Great Britain in 1965. The bloody civil war finally ended with Zimbabwe’s independence in 1980. As the president of the newly free nation, Mugabe was a beacon for black African self-rule, raising hopes on the continent and around the world. However, through a series of ill-conceived economic programs and a disastrously mismanaged land-redistribution scheme, Mugabe and his corrupt government brought ruin to his homeland. Creating a harsh climate of fear, brutality, and zero tolerance for opposition, Mugabe’s rule drained a once prosperous nation of its economic and human resources. In Robert Mugabe’s Zimbabwe, learn more about the internal workings of one of the modern world’s most devastating dictatorships.