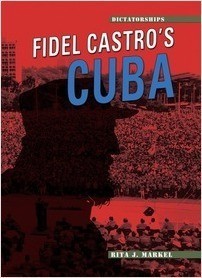 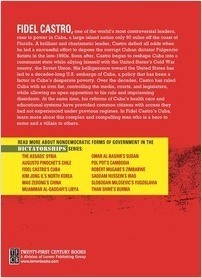 Fidel Castro, one of the world’s most controversial leaders, rose to power in Cuba, a large island nation only 90 miles off the coast of Florida. A brilliant and charismatic leader, Castro defied all odds when he led a successful effort to depose the corrupt Cuban dictator Fulgencio Batista in the late-1950s. Soon after, Castro began to reshape Cuba into a communist state while allying himself with the United States’ Cold War enemy, the Soviet Union. His belligerence toward the United States has led to a decades-long U.S. embargo of Cuba, the effect of which has left Cuba in desperate poverty. Over the decades, Castro has ruled Cuba with an iron fist, controlling the media, courts, and legislature, while allowing no open opposition to his rule and imprisoning dissidents. At the same time, his reforms of Cuba’s health care and educational systems have provided common citizens with access they had not experienced under previous regimes. In Fidel Castro’s Cuba, learn more about this complex and compelling man who is a hero to some and a villain to others.