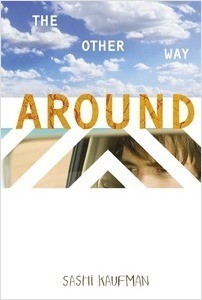 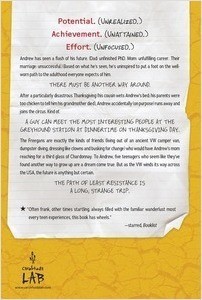 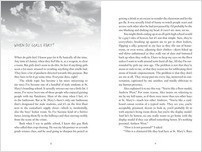 The Other Way Around

Andrew has seen a flash of his future. (Dad: unfinished PhD. Mom: unfulfilling career. Their marriage: unsuccessful.) Based on what he’s seen, he’s uninspired to put a foot on the well-worn path to the adulthood everyone expects of him. There must be another way around.

After a particularly disastrous Thanksgiving (his cousin wets Andrew’s bed; his parents were too chicken to tell him his grandmother died), Andrew accidentally (on purpose) runs away and joins the circus. Kind of.

A guy can meet the most interesting people at the Greyhound station at dinnertime on Thanksgiving day. The Freegans are exactly the kinds of friends (living out of an ancient VW camper van, dumpster diving, dressing like clowns and busking for change) who would have Andrew’s mom reaching for a third glass of Chardonnay. To Andrew, five teenagers who seem like they’ve found another way to grow up are a dream come true. But as the VW winds its way across the USA, the future is anything but certain.

The path of least resistance is a long, strange trip.

“Nonconformist teens will be able to identify with these characters and will find that the grass isn’t always greener on the other side.” —Library Media Connection

“Often frank, other times startling, always filled with the familiar wanderlust most every teen experiences, this book has wheels.” —starred, Booklist

“Debut author Kaufman does a great job of depicting young people who have opted out of conventional middle-class values.” —Publishers Weekly

“Road-trip rebellion with romance….The dynamics of the group, combined with quirky characters met along the way, provide a certain fascination.” —Kirkus Reviews

“Freegans, dumpster diving, and a van named Shirley. I seriously would follow this motley crew of performers anywhere. Andrew’s journey across the country, into love, into friendship, into a community unlike any he’s ever seen, was riveting . I am so glad Andrew got in the van, and I feel so lucky to have had the chance to ride shotgun.

His is a thrilling reminder that sometimes we have to leave home to find ourselves.”

Sashi Kaufman is a middle-school teacher and an author. She lives in Portland, Maine, with her family. Visit her online at www.sashikaufman.com.