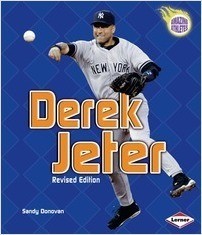 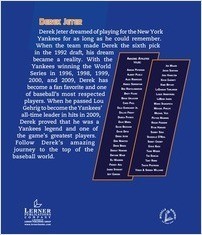 Derek Jeter dreamed of playing for the New York Yankees for as long as he could remember. When the team made Derek the sixth pick in the 1992 draft, his dream became a reality. With the Yankees winning the World Series in 1996, 1998, 1999, 2000, and 2009, Derek has become a fan favorite and one of baseball’s most respected players. When he passed Lou Gehrig to become the Yankees’ all-time leader in hits in 2009, Derek proved that he was a Yankees legend and one of the game’s greatest players. Follow Derek’s amazing journey to the top of the baseball world.