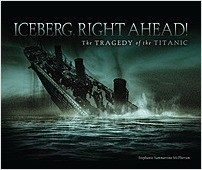 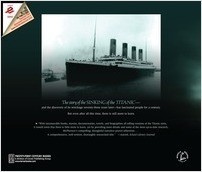 The Tragedy of the Titanic

“Iceberg, Right Ahead!” Only 160 minutes passed between the time a sailor on lookout duty uttered these chilling words and the moment when the mighty ocean liner Titanic totally disappeared into the cold, dark waters of the North Atlantic. This century-old tragedy, which took more than 1,500 lives, still captivates people in the twenty-first century.

Seventy-three years separate the two major Titanic events—the 1912 sinking of the vessel and the dramatic 1985 discovery of the wreck by Robert Ballard. But additional stories about the victims, survivors, rescuers, reporters, investigators, and many others show the far-reaching effects this tragedy had on society. Award-winning author Stephanie Sammartino McPherson has collected numerous personal accounts of the event, including the knighted man who spent the rest of his life in seclusion because he was accused of dishonorable behavior in a lifeboat, the stewardess who survived two shipwrecks and a mid-ocean collision, and the New York Times executive who sent multiple reporters to meet the rescue ship, thus earning a national reputation for his newspaper. She also links the Titanic tragedy to changes in regulations worldwide. After a Senate Inquiry and a British trial attempted to assign blame for the disaster, new laws on ship safety were put in place. A group of nations also banded together to form an ice patrol, eventually leading to the formation of the U.S. Coast Guard.

Even the most avid Titanic fans will learn something new as McPherson brings the reader up to date on the politics and intrigue still surrounding the wreck—including what modern science can reveal about what really happened to the ship and who was at fault. Prepare to follow the never-ending story of the Titanic into its second century.

“Although the book is not lengthy, its riveting format will draw its audience in and will certainly encourage further investigation.” —Library Media Connection

“This handsome, clearly written book is a solid resource for the learning about the Titanic 100 years later.” —Booklist

“The tension surrounding the Titanic’s demise captures readers from page one of the introduction in this new release, which coincides with the one-hundredth anniversary of the sinking of the ship in April 2012…. This is a worthwhile addition to your maritime collection.” —VOYA

“An attractive, solid entry on a disaster that continues to fascinate.” —Kirkus Reviews

“Iceberg, Right Ahead!” Only 160 minutes passed between the time a sailor on lookout duty uttered these chilling words and the moment when the mighty ocean liner Titanic totally disappeared into the cold, dark waters of the North Atlantic. This century-old… View available downloads → 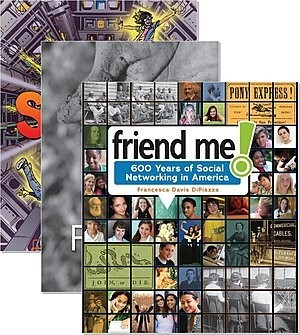