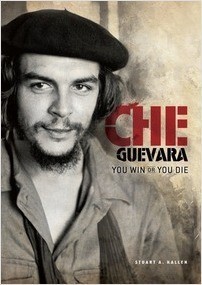 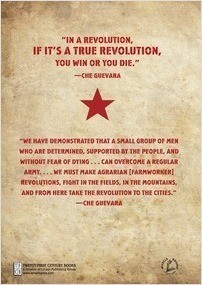 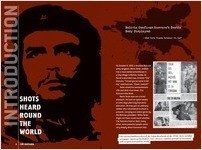 You Win or You Die

October 9, 1967. World-renowned revolutionary Che Guevara is dead at the age of thirty-nine.

The charismatic Argentinian revolutionary had been leading guerilla fighters in the jungles of Bolivia and was captured by the Bolivian army. Mario Terán, a sergeant in the Bolivian army, volunteered to execute the prisoner. He carried out the bloody assignment with nine point-blank shots to Guevara’s body.

Around the globe, reactions to the assassination were mixed. In Cuba, where Guevara had helped overthrow a brutally repressive dictatorship in 1959, more than one million people mourned openly. But in the United States and elsewhere, many business leaders and government officials were relieved. Guevara’s anti-capitalist movement sought to strip big businesses of their land and power. He wanted to set up socialist systems to spread wealth and resources among ordinary workers—in Latin America and all around the world. To the rich and powerful, Guevara was a dangerous threat.

In this chronicle of an assassination, find out what inspired the myth of Che Guevara and what brought him to this bloody crossroads of history.

“This book would be a great resource for information about Latin America and to teach students the importance of primary sources.” —Library Media Connection

“Interspersed with quotes from his diary entries and from CIA files and newspaper reports over the years, Kallen’s narrative is objective and clear, and the accessible design includes numerous photos and screened inserts, which are fully documented in the extensive back matter. Teens reading for research or personal interest will be drawn to the icon, the action, and the issues.” —Booklist

“The narrative is accessible and compelling, and a solid introduction to the life and times of Guevara, providing both detail and context to a complicated, thoughtful man… A solid choice for any library.” —School Library Journal

“Through its focus on one major figure, Kallen’s fascinating work explores a large segment of 20th-century history. Maps, photographs and sidebars are excellent… A fine introduction to Latin American history and the ideas of capitalism, socialism and communism.” —Kirkus Reviews