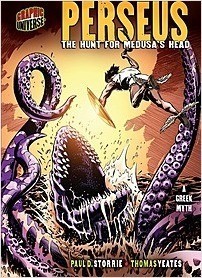 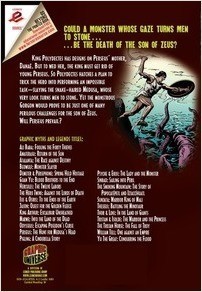 The Hunt for Medusa's Head [A Greek Myth]

Could a monster whose very look turns men to stone be a challenge too perilous even for the son of Zeus? King Polydectes has designs on Perseus’ mother, Danaë. But first the king must get rid of young Perseus once and for all. So Polydectes hatches a plan to trick the young hero into performing an impossible task—slay the snake-haired Gorgon monster Medusa, whose very look turns men to stone. Yet, as the son of Zeus, king of the gods, Perseus has many powerful allies. Will Perseus’ strength and courage—and the favor of the gods—allow him to do the impossible?