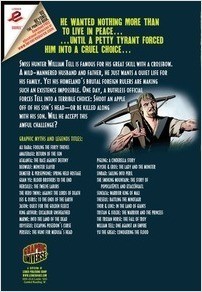 One against an Empire [A Swiss Legend]

He wanted nothing more than to live in peace, until a petty tyrant forced him into a cruel choice: Swiss hunter William Tell is famous for his great skill with a crossbow. A mild-mannered husband and father, he just wants a quiet life for his family. Yet his homeland’s brutal foreign rulers are making such an existence impossible. Then, one day, a ruthless official forces Tell into a terrible choice: Shoot an apple off his son’s head—or be killed along with his son. Will he accept this awful challenge?