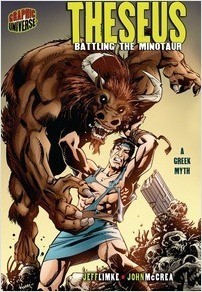 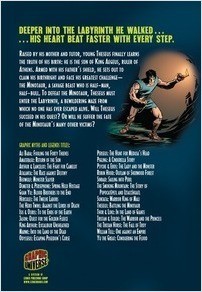 Battling the Minotaur [A Greek Myth]

Raised by his mother and tutor, young Theseus finally learns the truth of his birth: he is the son of King Aegeus, ruler of Athens. Armed with his father’s shield, he sets out to claim his birthright and face his greatest challenge—the Minotaur, a savage beast who is half-man, half-bull. To defeat the Minotaur, Theseus must enter the Labyrinth, a bewildering maze from which no one has ever escaped alive. Will Theseus succeed in his quest? Or will he suffer the fate of the Minotaur’s many other victims?

Jeff Limke was born and raised in the wilds of North Dakota. He has spent many a year teaching stories and writing. Jeff now teaches less and tries to write more, which sometimes happens.