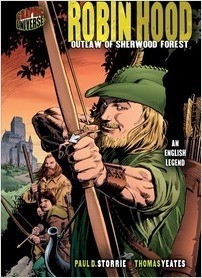 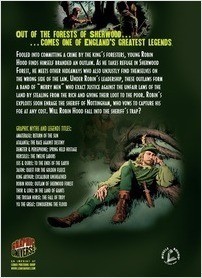 Fooled into committing a crime by the king’s foresters, young Robin Hood finds himself branded an outlaw. As he takes refuge in Sherwood Forest, he meets other hideaways who also unjustly find themselves on the wrong side of the law. Under Robin’s leadership, these outlaws form a band of “merry men” who exact justice against the unfair laws of the land by stealing from the rich and giving their loot to the poor. Robin’s exploits soon enrage the sheriff of Nottingham, who vows to capture his foe at any cost. Will Robin Hood fall into the sheriff’s trap?