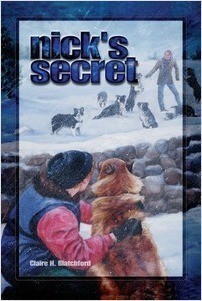 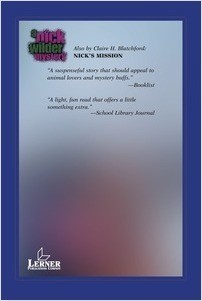 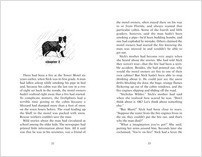 In this exciting mystery, thirteen-year-old Nick and his faithful dog, Wags, are mixed up in a scheme even more exciting, and dangerous, than they have ever been in before. Daryl, a school bully, forces Nick to meet him at the creepy Tower Motel, a place that local legend says is haunted. On his way there, a snowstorm threatens, and a mysterious girl named Ionie warns Nick to stay away from the motel. Snowed in by the blizzard, Nick joins forces with Ionie and learns that she has a dangerous secret. Nick must keep Ionie’s secret, or risk both their lives.

“Blatchford tells a good story, with the suspense building steadily to a satisfying conclusion as all of Nick’s secrets become intertwined. It’s Nick’s resourcefulness that will win readers here.”
—Booklist

“. . .this simple mystery will satisfy young readers who enjoy the intrigue, and it has the bonus of having a hearing-impaired hero.”
—Kirkus Reviews

“A light, well-rounded story that will appeal to dog lovers and mystery fans.”
—School Library Journal