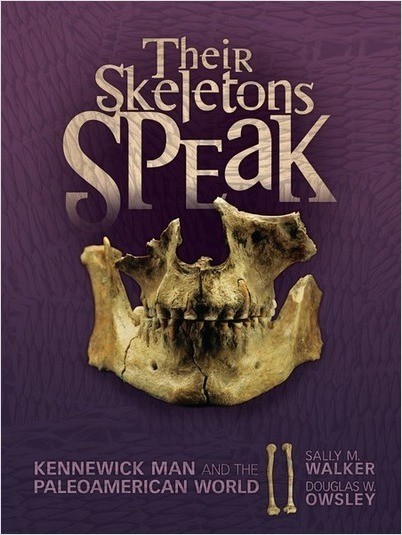 On July 28, 1996, two young men stumbled upon human bones in the shallow water along the shore of the Columbia River near Kennewick, Washington. Was this an unsolved murder? The remnants of some settler’s or Native American’s unmarked grave? What was the story behind this skeleton?

Within weeks, scientific testing yielded astonishing news: the bones were more than 9,000 years old! The skeleton instantly escalated from interesting to extraordinary. He was an individual who could provide firsthand evidence about the arrival of humans in North America. The bones found scattered in the mud acquired a name: Kennewick Man.

Authors Sally M. Walker and Douglas W. Owsley take you through the painstaking process of how scientists determined who Kennewick Man was and what his life was like. New research, never-before-seen photos of Kennewick Man’s remains, and a lifelike facial reconstruction will introduce you to one of North America’s earliest residents.

But the story doesn’t end there. Walker and Owsley also introduce you to a handful of other Paleoamerican skeletons, exploring their commonalities with Kennewick Man. Together, their voices form a chorus to tell the complex tale of how humans came to North America—if we will only listen.