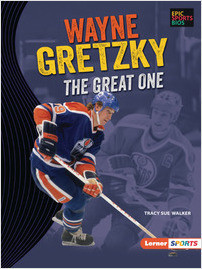 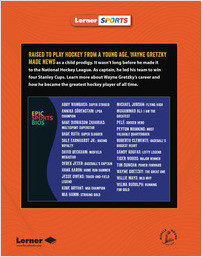 Raised to play hockey from a young age, Wayne Gretzky made news as a child prodigy. It wasn’t long before he made it to the National Hockey League. As captain, he led his team to win four Stanley Cups. Learn more about Wayne Gretzky’s career and how he became the greatest hockey player of all time.

Tracy Sue Walker is an author of children's fiction and nonfiction including The Truth about Dragons. She earned her undergraduate degree from Agnes Scott College in anthropology. Tracy holds a masters' degrees in education as well as library and information science, but has also studied performance at the American Academy of Dramatic Arts in New York and writing at the Creative Circus in Atlanta. She is currently based in northern Georgia.