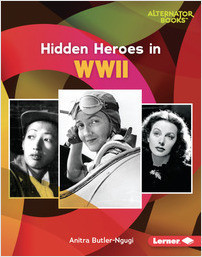 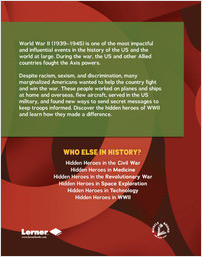 From the Series Who Else in History? (Alternator Books ®)

World War II (1939–1945) is one of the most impactful and influential events in the history of the US and the world at large. During the war, the US and other Allied countries fought the Axis powers.

Despite racism, sexism, and discrimination, many marginalized Americans wanted to help the country fight and win the war. These people worked on planes and ships at home and overseas, flew aircraft, served in the US military, and found new ways to send secret messages to keep troops informed. Discover the hidden heroes of WWII and learn how they made a difference.

Anitra Butler-Ngugi is an experienced author, Literacy and Language Technician, and Instructional Designer. Anitra is also the Host of The Word Conscious Classroom podcast. She lives and works in Maryland. 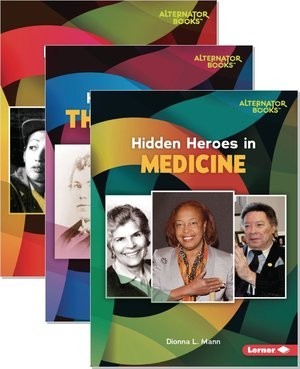 Who Else in History? (Alternator Books ®) — Hardcover Set