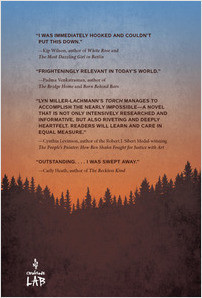 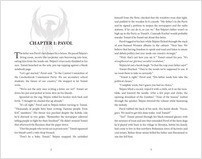 Three teens struggle to carve out futures for themselves under a totalitarian regime.

Seventeen-year-old Pavol has watched his country’s freedoms disappear in the wake of the Soviet Union’s invasion. He’s seen his own dreams disappear too. In a desperate, fatal act of protest against the oppressive new government, he sets himself on fire in public, hoping to motivate others to fight for change.

Instead, Pavol’s death launches a government investigation into three of his closest friends. Štěpán finds his Olympic hockey ambitions jeopardized and must conceal his sexual orientation from authorities who could use it against him. Tomáš has already been accused of “antisocial” behavior because he struggles to follow the unwritten rules of everyday interactions, and now he must work even harder to meet the expectations of his father, the regional leader of the communist party. And aspiring film director Lída, Pavol’s girlfriend, is pregnant with his child, which brands her a traitor by association and upends all her plans.

With their futures hanging in the balance, all three must decide whether to keep struggling to survive in the country Pavol died hoping to save . . . or risk a perilous escape to the other side.

“A masterful, taut, and emotionally rich historical novel that is heartrending and essential reading for our present political climate.”—starred, School Library Journal

“A bold and uncompromising portrayal of life under an authoritarian regime, Lyn Miller-Lachman’s Torch combines nuanced characters and a compelling narrative into a powerful story about survival, humanity, and hope.”-G. D. Falksen, award-winning author of The Secret Life of Kitty Granger, Maiden of War, and The Ouroboros Cycle

“I was immediately hooked and couldn’t put this down.” —Kip Wilson, author of White Rose and The Most Dazzling Girl in Berlin

“Frighteningly relevant in today’s world.” —Padma Venkatraman, author of The Bridge Home and Born Behind Bars

“[O]utstanding…I was swept away.” —Carly Heath, author of The Reckless Kind

“Lyn Miller-Lachmann’s Torch manages to accomplish the nearly impossible—a novel that is not only intensively researched and informative, but also riveting and deeply heartfelt. Readers will learn and care in equal measure.”—Cynthia Levinson, author of the Robert J. Sibert Medal-winning The People’s Painter: How Ben Shahn Fought for Justice with Art

Lyn Miller-Lachmann is an author, educator, and editor. Her novels include Surviving Santiago, Rogue, and Torch. She earned a Masters in Library and Information Science from the University of Wisconsin, Madison and a Masters in Fine Arts in Writing for Children and Young Adults from Vermont College of Fine Arts. Fluent in Spanish, Portuguese, and English, Lyn enjoys traveling to new places. She lives part-time in New York City and Lisbon, Portugal.

Three teens struggle to carve out futures for themselves under a totalitarian regime. Czechoslovakia, 1969 Seventeen-year-old Pavol has watched his country’s freedoms disappear in the wake of the Soviet Union’s invasion. He’s seen View available downloads →

Set in 1969 Prague, Torch explores the devastating impact of a totalitarian regime and the different ways young people carve out futures for themselves against impossible odds. The story is told from the perspective of three characters after 17-year-old Pavol fatally sets himself on fire View →

New YA for Historical Fiction and Paranormal Fans

These new and upcoming young adult fiction titles open readers’ eyes to lives and experiences far beyond their own (and even beyond the grave!). Some you can pick up now, and others you can pre-order for your fall shelves, but once they’re in your hands, we bet you won’t be able to put… View →