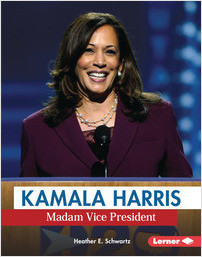 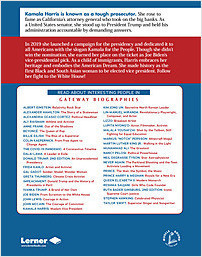 Kamala Harris is known as a tough prosecutor. She rose to fame as California’s attorney general who took on the big banks. As a United States senator, she stood up to President Trump and held his administration accountable by demanding answers.

In 2019 she launched a campaign for the presidency and dedicated it to all Americans with the slogan “Kamala for the People.” Though she didn’t win the nomination, she earned her place on the ticket as Joe Biden’s vice-presidential pick. She made history as the first Black and South Asian woman to be elected vice president. Follow her fight to the White House!