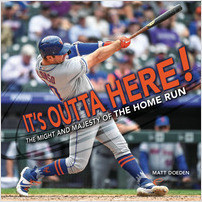 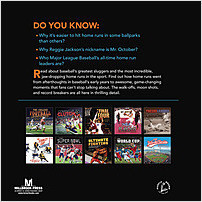 In 1921, New York Yankees slugger Babe Ruth smashed a home run that sailed 575 feet (175 m), the longest homer ever hit in a Major League Baseball game. Ruth’s home runs thrilled fans and revolutionized the game. One hundred years later, the home run is still the most exciting play in baseball.

Read about baseball’s greatest sluggers and the most incredible, jaw-dropping home runs in the sport. Find out how home runs went from afterthoughts in baseball’s early years to awesome, game-changing moments that fans can’t stop talking about. The walk-offs, moon shots, and record breakers are all here in thrilling detail.

“An easy sell for sports fans and reluctant readers, as well as an effective history resource . . .”—School Library Journal 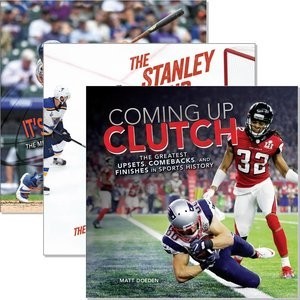