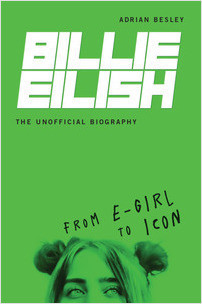 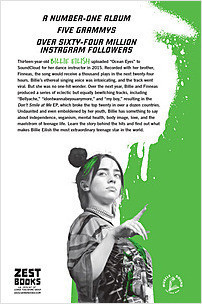 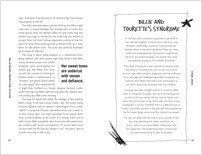 From E-Girl to Icon

With number one albums in multiple countries and five Grammys under her belt, Billie Eilish has become a pop sensation. Billie was a promising young dancer until musical success came literally overnight in 2015. A song she uploaded to SoundCloud received a thousand plays in twenty-four hours. The thirteen-year-old’s voice intoxicated listeners and the track went viral. Billie and her brother, Finneas, produced a series of eclectic but equally bewitching tracks, which drew fans from around the world. Follow her journey from singing in her bedroom to performing at huge arenas, and find out what makes Billie Eilish the most extraordinary teenage star in the world.

“A straightforward and positive portrayal of a young singing sensation.”—Kirkus Reviews

Adrian Besley is a freelance writer and former copywriter for the BBC. He lives in London and is the author of many successful nonfiction titles.