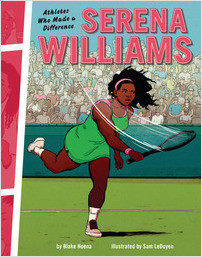 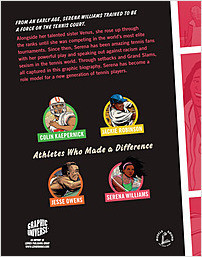 Working through times of setbacks and Grand Slam glory, Serena Williams has become a role model for a new generation of tennis players, and it’s all captured in this graphic biography. From an early age, Serena trained to be a force on the tennis court. Alongside her talented sister Venus, she rose up through the ranks until she was competing in—and dominating—the world’s most elite tournaments. Follow along as she amazes everyone with her powerful, strategic playing style and also speaks out against racism and sexism in the tennis world.

Sam LeDoyen is a freelance Illustrator from the UK. Sam specializes in narrative imagery with a touch of fantasy and surrealism, and also likes to play with animation.