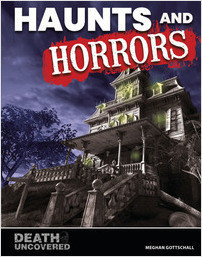 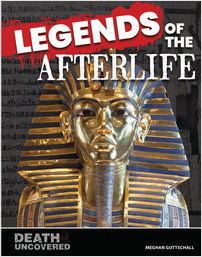 From the Series Death Uncovered

Death Uncovered is a nonfiction series from Full Tilt Press. Each book unearths mysteries of many aspects of death, from ghost stories and near-death experiences, to ancient myths about the afterlife. Each title covers a different topic and features six related stories from around the world. Visit a farmhouse in Tennessee, where the ghost of the Bell Witch haunted a family. Read about a woman in China, who woke up in a coffin after being pronounced dead. Learn about postmortem photographs in Victorian England. And travel to ancient Japan, where a god tried to rescue a goddess from the underworld. With these and other engaging narrative stories centered around death and the afterlife, this high-interest low-level series is sure to capture students’ interest.