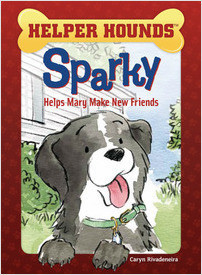 From the Series Helper Hounds

Mary’s new in town. She’s worried about starting classes at her new school. That’s why her mom calls the Helper Hounds—and why Sparkplug, the wildly handsome, wickedly smart, card-carrying, world-famous Helper Hound is on the scene. Sparky knows a thing or two about moving. He moved four times as a puppy, and learned to make new friends along the way. Sparky knows he can teach Mary all his best tricks and help her meet new friends, too. At least Sparky thought he could until he met Custard, Mary’s persnickety cat. Will Sparky’s best tricks be enough to win over Custard and show Mary making friends is nothing to fear?

Caryn Rivadeneira dreamed of two things as a kid: being a writer and having lots of dogs. Both came true. Caryn and her rescued pit bull live in the Chicago suburbs.

Priscilla Alpaugh holds a BFA in painting and illustration, as well as an MFA in illustration. She has painted murals, mailboxes, and traffic light boxes. Now Priscilla works creating beautiful images for children's books.

An early chapter book series about specially trained emotional support dogs who help the kids who need them most. Meet these uncommon heroes with wet noses and big hearts. These stories are told from the point-of-view of the helper hound so that young readers can easily relate to the… View available downloads → 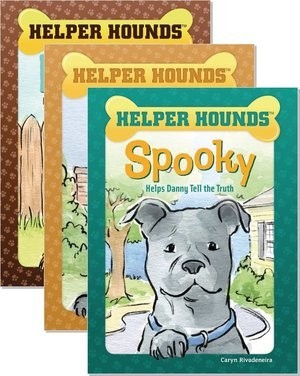 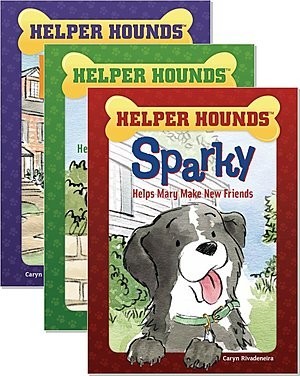