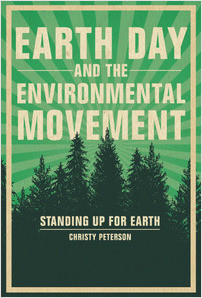 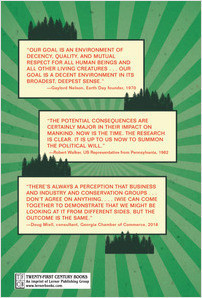 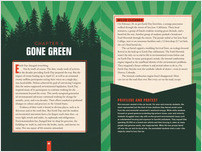 Earth Day and the Environmental Movement

Standing Up for Earth

On April 22, 1970, an estimated twenty million people held in a teach-in to show their support for environmental protections. This new celebration, Earth Day, brought together previously fragmented issues under the same banner. It was the largest nationwide event ever, and lawmakers took notice.

But one day didn’t change everything. Fifty years after the first Earth Day, climate change remains a dire concern. The divide between political parties continues to widen, and environmental policy has become an increasingly partisan issue. The spread of disinformation has also made climate change a debatable idea, rather than scientific fact. A new generation of advocates continue the fight to make environmental policy a top priority for the United States and for nations around the globe.

“Our goal is an environment of decency, quality, and mutual respect for all human beings and all other living creatures . . . Our goal is a decent environment in its broadest, deepest sense.”—Gaylord Nelson, Earth Day founder

“[T]he potential consequences are certainly major in their impact on mankind. Now is the time. The research is clear. It is up to us now to summon the political will.”—Robert Walker, US Representative from Pennsylvania

“There’s always a perception that business and industry and conservation groups . . . don’t agree on anything. . . . [W]e can come together to demonstrate that we might be looking at it from different sides, but the outcome is the same.”—Doug Miell, consultant, Georgia Chamber of Commerce

“[A]n accessible and attractive update on a timely subject.”—Booklist

“The book, used across science classes or in social justice circles, has a place in public and school libraries—not just as a part of an Earth Day display but as a relevant resource about a dire issue facing the global population.”—School Library Journal

Christy Peterson is a children's science and technology writer based in Vancouver, Washington. She has written more than 30 books and articles for young readers.