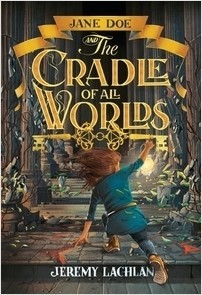 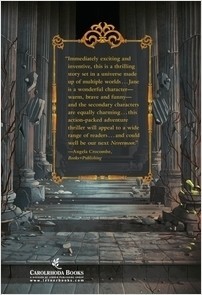 John Doe and his infant daughter, Jane, appeared on the steps of the Manor the night the earthquakes started and the gateway to the Otherworlds closed. The people on the remote island of Bluehaven have despised them ever since, blaming Jane and her father for their exile. Fourteen years after that night, the largest earthquake yet strikes. The Manor awakens, dragging John into its labyrinth. Accompanied by a pyromaniac named Violet and a trickster named Hickory, Jane must rescue her father and defeat an immortal villain who is trying to harness the mythical power of the Manor.

“Purchase where adventure is in strong demand.”—School Library Journal

“[A] breathless, fun crawl through a maze of twisty passages.”—Kirkus Reviews

Bookseller Jeremy Lachlan has always been obsessed with big epic adventures in books and film—Star Wars, The Chronicles of Narnia, Jurassic Park. He was inspired to write The Jane Doe Chronicles while lost in the Cairo Museum. Jeremy lives in Sydney, Australia.

For countless centuries, the people of Bluehaven worshiped the Manor―trekking through its gateway to the Otherworlds, returning with tales of adventure―until the Night of All Catastrophes, when the Manor sealed its doors. On that very night, two strangers arrived in Bluehaven: John Doe… View available downloads →