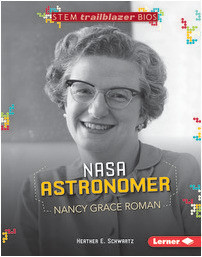 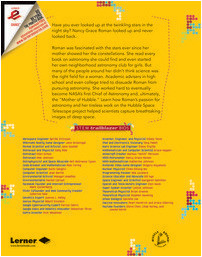 Roman was fascinated with the stars ever since her mother showed her the constellations. She read every book on astronomy she could find and even started her own neighborhood astronomy club for girls. But many of the people around her didn’t think science was the right field for a woman. Academic advisers in high school and even college tried to dissuade Roman from pursuing astronomy. She worked hard to eventually become NASA’s first Chief of Astronomy and, ultimately, the “Mother of Hubble.” Learn how Roman’s passion for astronomy and her tireless work on the Hubble Space Telescope project helped scientists capture breathtaking images of deep space.