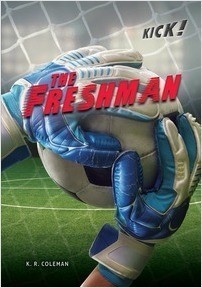 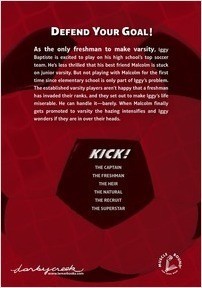 From the Series Kick!

As the only freshman to make varsity, Iggy Baptiste is excited to play on his high school’s top soccer team. He’s less thrilled that his best friend Malcolm is stuck on junior varsity. But not playing with Malcolm for the first time since elementary school is only part of Iggy’s problem. The established varsity players aren’t happy that a freshman has invaded their ranks, and they set out to make Iggy’s life miserable. He can handle it—barely. When Malcolm finally gets promoted to varsity the hazing intensifies and Iggy wonders if they are in over their heads.

K. R. Coleman is a writer and teacher. She lives in South Minneapolis with her husband, two boys, and a dog named Happy.