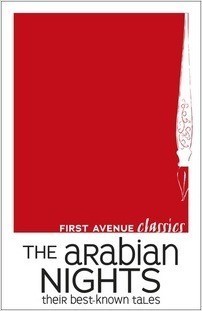 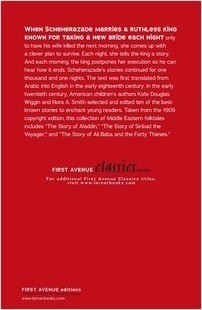 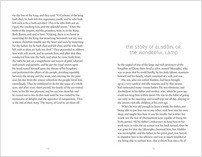 When Scheherazade marries a ruthless king known for taking a new bride each night only to have his wife killed the next morning, she comes up with a clever plan to survive. Each night, she tells the king a story. And each morning, the king postpones her execution so he can hear how it ends. Scheherazade’s stories continued for one thousand and one nights. The text was first translated from Arabic into English in the early eighteenth century. In the early twentieth century, American children’s authors Kate Douglas Wiggin and Nora A. Smith selected and edited ten of the best-known stories to enchant young readers. Taken from the 1909 copyright edition, this collection of Middle Eastern folktales includes “The Story of Aladdin,” “The Story of Sinbad the Voyager,” and “The Story of Ali Baba and the Forty Thieves.”