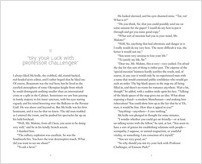 The eccentric Professor Challenger leads a scientific expedition deep into the Brazilian rain forest, joined by newspaper reporter Edward Malone, biologist Professor Summerlee, and adventurer Lord John Roxton. Eager to investigate Challenger’s controversial claims that there are living dinosaurs in South America, the explorers soon discover the truth—and the danger—of this strange land for themselves. Trapped on an isolated and precipitous jungle plateau, they must survive prehistoric perils if they ever hope to return to the outside world. Written by Scottish author Sir Arthur Conan Doyle (of Sherlock Holmes fame), this tale is a prime example of the “lost world” subgenre of sci-fi/fantasy adventure that was especially popular between the late nineteenth century and World War I. This is an unabridged version taken from the 1912 copyright edition.