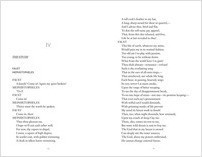 Faust, a once-godly scholar, is beginning to suspect that his efforts to learn the secrets of the universe will never be successful. Desperate, frustrated, and suicidal, he makes a deal with Mephistopheles, an agent of the devil. Signed in blood, the contract states that Mephistopheles will obey Faust on Earth, but in return, Faust must serve him in Hell. Faust is unaware that the pact is part of a wager that God and Mephistopheles have made over the fate of his immortal soul. Mephistopheles gives Faust anything and everything he wants, but is it worth the pain and suffering it causes Faust’s loved ones? This is an unabridged version of German author Johann Wolfgang von Goethe’s tragic play, first published in 1808, and translated by American poet Bayard Taylor in 1870.