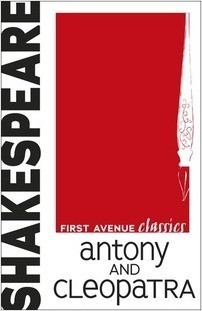 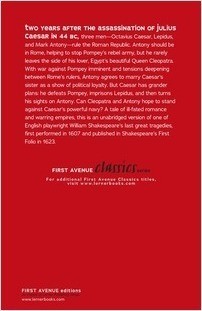 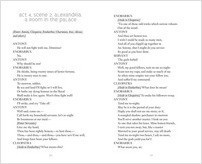 Two years after the assassination of Julius Caesar in 44 BC, three men—Octavius Caesar, Lepidus, and Mark Antony—rule the Roman Republic. Antony should be in Rome, helping to stop Pompey’s rebel army, but he rarely leaves the side of his lover, Egypt’s beautiful Queen Cleopatra. With war against Pompey imminent and tensions deepening between Rome’s rulers, Antony agrees to marry Caesar’s sister as a show of political loyalty. But Caesar has grander plans: he defeats Pompey, imprisons Lepidus, and then turns his sights on Antony. Can Cleopatra and Antony hope to stand against Caesar’s powerful navy? A tale of ill-fated romance and warring empires, this is an unabridged version of one of English playwright William Shakespeare’s last great tragedies, first performed in 1607 and published in Shakespeare’s First Folio in 1623.