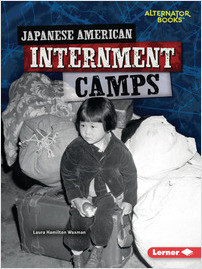 During World War II, the United States was battling Japan. In 1942 the president of the United States signed an executive order, forcing more than one hundred thousand Japanese Americans to leave their homes. These innocent people—many of them US citizens—would spend the next few years imprisoned behind barbed wire fences, in what the government called internment camps. Life in the camps was difficult. People were homesick. The barracks where they slept were cold and dirty. Most of the country believed they were criminals. But imprisoned Japanese Americans remained brave. Learn more about these courageous heroes, including those who fought for justice and freedom.