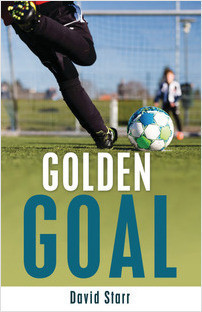 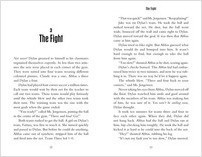 When Dylan doesn’t get off to a good start at his new school and gets in trouble for fighting, he has to join the soccer team with a group of immigrant and refugee students who play on a rough, gravel field. Mocked by his old team, Dylan becomes determined to bring his new team to the championship finals. Getting to know his teammates opens Dylan’s eyes about hardship, and shows him the value of a goal that wins in sudden-death play—a golden goal.

Golden Goal is one of four new books that offer readers insight into the experiences of refugee youth as they adjust to life in North America.

David Starr is an author and high school principal. He's written for the Soccer United: Team Refugee series as well as for Lorimer Sports Stories.