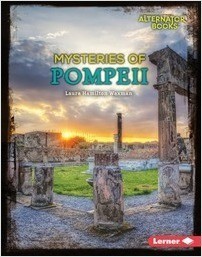 Two thousand years ago, disaster struck the ancient Roman city of Pompeii. When Mount Vesuvius erupted, a deadly cloud of superheated ash, rock, and gas descended on the city and its terrified people. Pompeii lay buried and forgotten for centuries. The thick layer of volcanic ash acted like a time capsule, preserving homes, temples, human remains, and even food. What secrets did this lost city hold? Explore the science being used to solve Pompeii’s greatest mysteries—including how the city’s people lived and died. Compare what we know with some of the more fantastic myths about the buried city of Pompeii.

“These attractive titles focus on archaeological efforts to answer enduring questions about some of the ancient world’s most famous sites.”—School Library Journal, Series Made Simple

Uncover the mysteries of some of the most intriguing places on the planet. What was Stonehenge used for? Are the Egyptian pyramids really cursed? While answers to some questions have been lost to history, discover what scientists have learned about some of the most fascinating ancient sites. View available downloads → 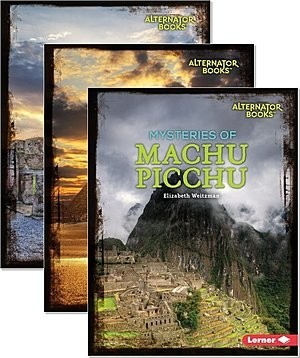