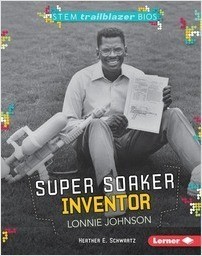 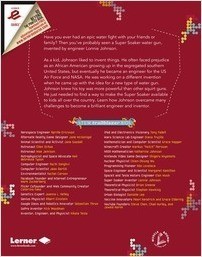 As a kid, Lonnie Johnson liked to invent things. He often faced prejudice as an African American growing up in the segregated southern United States, but he eventually became an engineer for the US Air Force and NASA. He was working on a different invention when he came up with the idea for a new type of water gun. Johnson knew his toy was more powerful than other squirt guns—he just needed to find a way to make the Super Soaker available to kids all over the country. Learn how Johnson overcame many challenges to become a brilliant engineer and inventor.