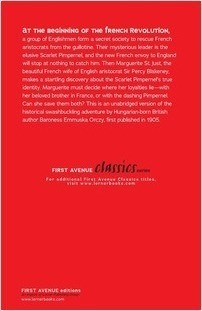 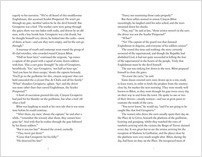 At the beginning of the French Revolution, a group of Englishmen form a secret society to rescue French aristocrats from the guillotine. Their mysterious leader is the elusive Scarlet Pimpernel. London society relishes stories of his heroic deeds and hotly debates the question of his identity. Meanwhile, the new French envoy to England, Citizen Chauvelin, will stop at nothing to catch him. Then Marguerite St. Just, the beautiful French wife of English aristocrat Sir Percy Blakeney, makes a startling discovery about the Scarlet Pimpernel’s true identity. Marguerite must decide where her loyalties lie—with her beloved brother in France, or with the dashing Pimpernel. Can she save them both? This is an unabridged version of the historical swashbuckling adventure by Hungarian-born British author Baroness Emmuska Orczy, and was first published in 1905.