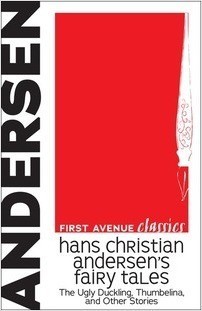 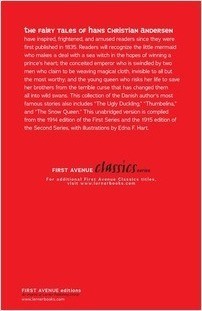 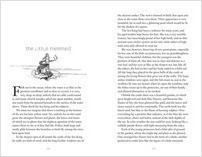 The Ugly Duckling, Thumbelina, and Other Stories

The fairy tales of Hans Christian Andersen have inspired, frightened, and amused readers since they were first published in 1835. Readers will recognize the little mermaid who makes a deal with a sea witch in the hopes of winning a prince’s heart; the conceited emperor who is swindled by two men who claim to be weaving magical cloth, invisible to all but the most worthy; and the young queen who risks her life to save her brothers from the terrible curse that has changed them all into wild swans. This collection of the Danish author’s most famous stories also includes “The Ugly Duckling,” “Thumbelina,” and “The Snow Queen.” This unabridged version is compiled from the 1914 edition of the First Series and the 1915 edition of the Second Series, with illustrations by Edna F. Hart.

Hans Christian Andersen (1805~1875) produced 130 volumes of outstanding children's stories during his lifetime. Today, his stories are loved and recognized all around the world.