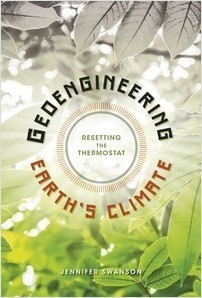 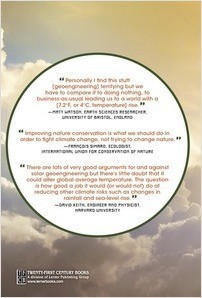 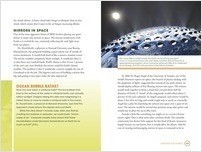 Most scientists agree that Earth is warming rapidly. Glaciers are melting and rising seawaters are submerging islands and coastal cities. In the coming decades, millions will likely have to escape extreme weather caused by climate change.

Some scientists say we need to act faster and with radical new technologies—now—to save our planet. They propose geoengineering, or “engineering Earth,” to reset our global thermostat. Ideas include thickening clouds with chemicals to reduce the amount of sunlight and pulling carbon dioxide from the air with machines. However, critics say that geoengineering could backfire and create even worse weather. Is geoengineering too risky? Or is it our best hope of survival?

“Researchers will appreciate this sobering, weighty overview of an important and controversial topic.”—School Library Journal

“[A] good starting place for teen readers and researchers on a critical issue.”—Kirkus Reviews

Jennifer Swanson began her writing career at the age of five when she wrote and illustrated books for her kindergarten class. A self-professed science geek, Jennifer started a science club in her garage at the age of 7. She used to gather leaves and flowers and look at them under a microscope. Much to her mother's dismay, her prize possession was a cow skull that she found in a field down by the river. Her love of science continues to this day as when she is not writing, she loves to go out and notice the science all around her. Jennifer lives in Jacksonville with her husband and two dogs. Learn more about Jennifer at her website: www.JenniferSwansonBooks.com