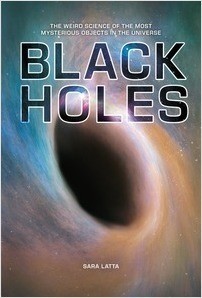 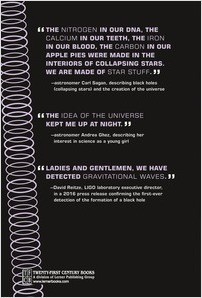 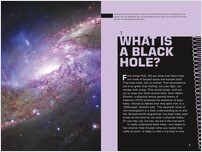 The Weird Science of the Most Mysterious Objects in the Universe

In 2015 two powerful telescopes detected something physicists had been seeking for more than one hundred years—gravitational waves from the collision of two black holes. This announcement thrilled the scientific community. Since the eighteenth century, astronomers have predicted the existence of massive, invisible stars whose gravity would not let anything—even light—escape. In the twenty-first century, sophisticated technologies are bringing us closer to seeing black holes in action. Meet the scientists who first thought of black holes hundreds of years ago, and learn about contemporary astrophysicists whose work is radically shaping how we understand black holes, our universe, and how it originated.

“Students curious about black holes will be well served by the clear and thorough explanations provided.”—School Library Journal

“Latta offers a cogent explanation of complicated physics concepts, but it’s her enthusiasm for the subject matter that makes this really shine. . . . Aspiring scientists will be captivated and perhaps inspired to pursue careers in the field.”—Booklist

“[A]ttentive readers will come away with firm grasps of a host of cosmically slippery notions. . . . An up-to-date excursion past the boundaries of Newtonian physics . . .”—Kirkus Reviews

Sara Latta has written several books for middle grade and YA readers, including Body 2.0: The Engineering Revolution in Medicine (Twenty-First Century Books, 2020); Black Holes: The Weird Science of the Most Mysterious Objects in the Universe (Twenty-First Century Books, 2018); Smash! Exploring the Mysteries of the Universe with the Large Hadron Collider (Graphic Universe, 2017), and Scared Stiff: Everything You Need to Know about 50 Famous Phobias (Zest Books, 2014). She lives in New York City with her husband and children. Visit her online at www.saralatta.com.