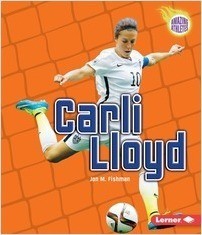 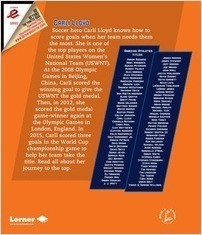 Soccer hero Carli Lloyd knows how to score goals when her team needs them the most. She is one of the top players on the United States Women’s National Team (USWNT). At the 2008 Olympic Games in Beijing, China, Carli scored the winning goal to give the USWNT the gold medal. Then, in 2012, she scored the gold medal game-winner again at the Olympic Games in London, England. In 2015, Carli scored three goals in the World Cup championship game to help her team take the title. Read all about her journey to the top.