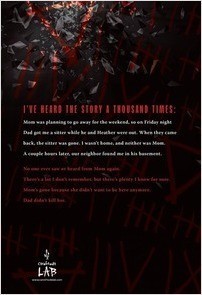 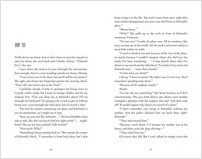 Sixteen-year-old Sami hasn’t seen her mother in ten years—and neither has anyone else. The police suspect Sami’s father had something to do with her mom’s disappearance, but Sami’s never believed that. Her mother chose to abandon her and start a new life. It’s that simple.

But now, evidence has emerged about another missing woman who used to be involved with Sami’s dad. Coincidence—or evidence that the cops have been right all along?

As Sami investigates, she’s forced to question everything she thought she knew about the dad who’s always been there for her and the mother who supposedly abandoned her. And if her dad didn’t kill her mother, what did happen?

“[A] wonderfully written suspense novel that both young adult readers and adults will enjoy.”—VOYA

“Dawn’s skillful pacing and strong characters create a suspenseful story that will appeal to readers who like a good crime thriller.”—School Library Journal

“An absolute page-turner that uses well-paced suspense instead of graphic violence to craft an edgy tale.”—Booklist

“A gripping thriller whose plot kept me turning pages, written with such skill and nuance that I couldn’t help going back to re-read some passages simply for their beauty.”—Jessica Warman, author of Between and The Last Good Day of the Year