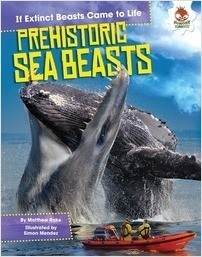 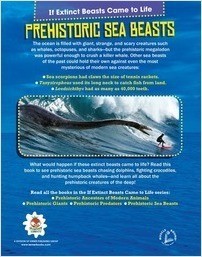 From the Series If Extinct Beasts Came to Life

The ocean is filled with giant, strange, and scary creatures such as whales, octopuses, and sharks—but the prehistoric megalodon was powerful enough to crush a killer whale. Other sea beasts of the past could hold their own against even the most mysterious of modern sea creatures. Sea scorpions had claws the size of tennis rackets. Tanystropheus used its long neck to catch fish from land. And Leedsichthys had as many as 40,000 teeth! What would happen if these extinct beasts came to life? Imagine prehistoric sea beasts chasing dolphins, fighting crocodiles, and hunting humpback whales—and learn all about the prehistoric creatures of the deep!

“[An] easy-to-read but hard-to-put-down series. . . . Whether dinosaur fans or not, readers of all ages will enjoy this visually stunning, informative, and, at times, humorous look at prehistory—libraries won’t want to miss out.”—School Library Journal

Matthew Rake lives in London and has worked in publishing for more than twenty years. He has written on a wide variety of topics, including science, sports, and the arts.

Award-winning illustrator Simon Mendez combines his love of nature and drawing by working as an illustrator with a focus on scientific and natural subjects. He lives in the United Kingdom. 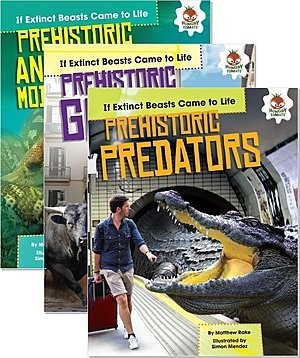